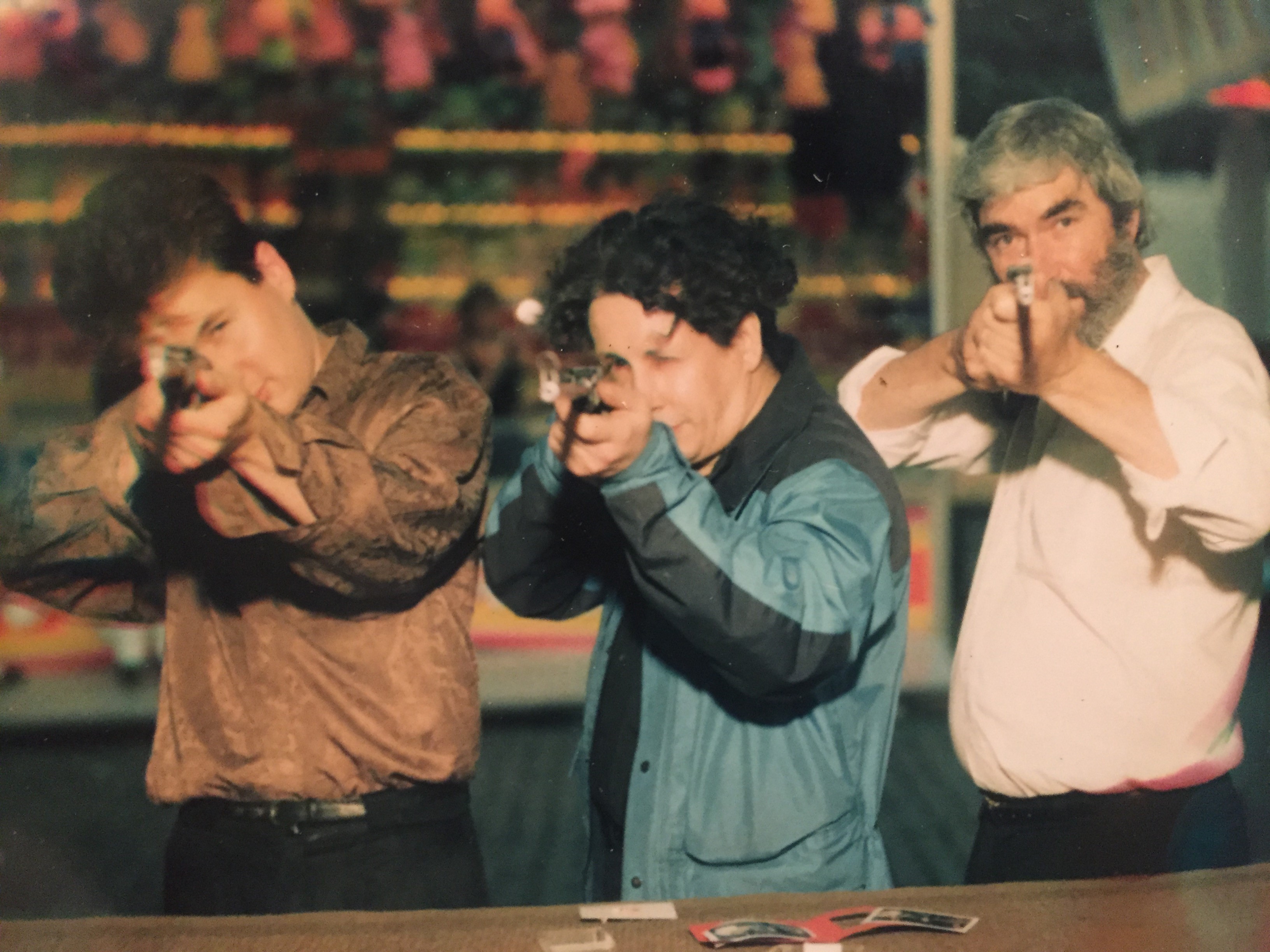 The first collaboration between Hans Theys and M HKA dates back to 1989, when he was invited to write an essay about Panamarenko’s work for a catalogue published on the occasion of a retrospective exhibition of Panamarenko’s work, organised by Liliane De Wachter. The essay was called Chabaritsj! A Blind Man in Conversation with Boris Karloff.  Theys characterises himself as a blind academic who has to remove the grey veil of literature (αλήθεια) in order to learn how to look at works of art.

In 1991, Theys was invited to contribute an essay about Panamarenko’s work to the catalogue of the group show ‘Naakte schoonheid/Paradoxe des Alltags’ organized by Flor Bex and Rita Compère. Panamarenko asked Theys to take care of the graphic design of his section. Theys reported about his experiences as a diver with the diving suit Portuguese Man of War (1990), which he had tested in the Indian Ocean in June 1990, and about which he wrote the text ‘Under the Sea’. Twenty years later Panamarenko still considered this the best text ever written about his work.

In 1994, Walter Swennen and Liliane Dewachter invited Theys to write and design a catalogue about the work of Walter Swennen (°1946), on the occasion of the first retrospective exhibition of his work. Swennen and Theys also gave a lecture together.

During the opening night of the exhibition with the first mist sculpture by Ann Veronica Janssens (°1956), curated by Liliane Dewachter, Theys interviewed 20 artists about this sculptural proposal, which he experienced as very special. This interview was published for the first time in the magazine Sint-Lukasgalerij. Later, the text was reprinted in the Middelheim catalogue (The Gliding Gaze, 2003) and in Flower Power (Tornado Editions, 2008). Janssens and Theys also gave a lecture about her work together.

Theys was invited by Guy Rombouts and Monica Droste to write and design a catalog on the occasion of a retrospective exhibition of their work. Monica Droste deceased before the start of the exhibition. Theys helped Rombouts to put up the show.

Lecture about Jan Kempenaers's work following an exhibition of his Sarajevo photographs.

Theys was invited by Dimitri Vangrunderbeek and Liliane Dewachter to write and design a catalogue about Vangrunderbeek’s work, on the occasion of a solo show.

During the exhibition about De Onaangepaste Stad by Luc Deleu & TOP office, a large room was dedicated to the projection of an eight-episode video film made by Theys about Luc Deleu. One specially edited film (Silent Rush) was shown on a big screen, while three episodes could be seen on monitors. 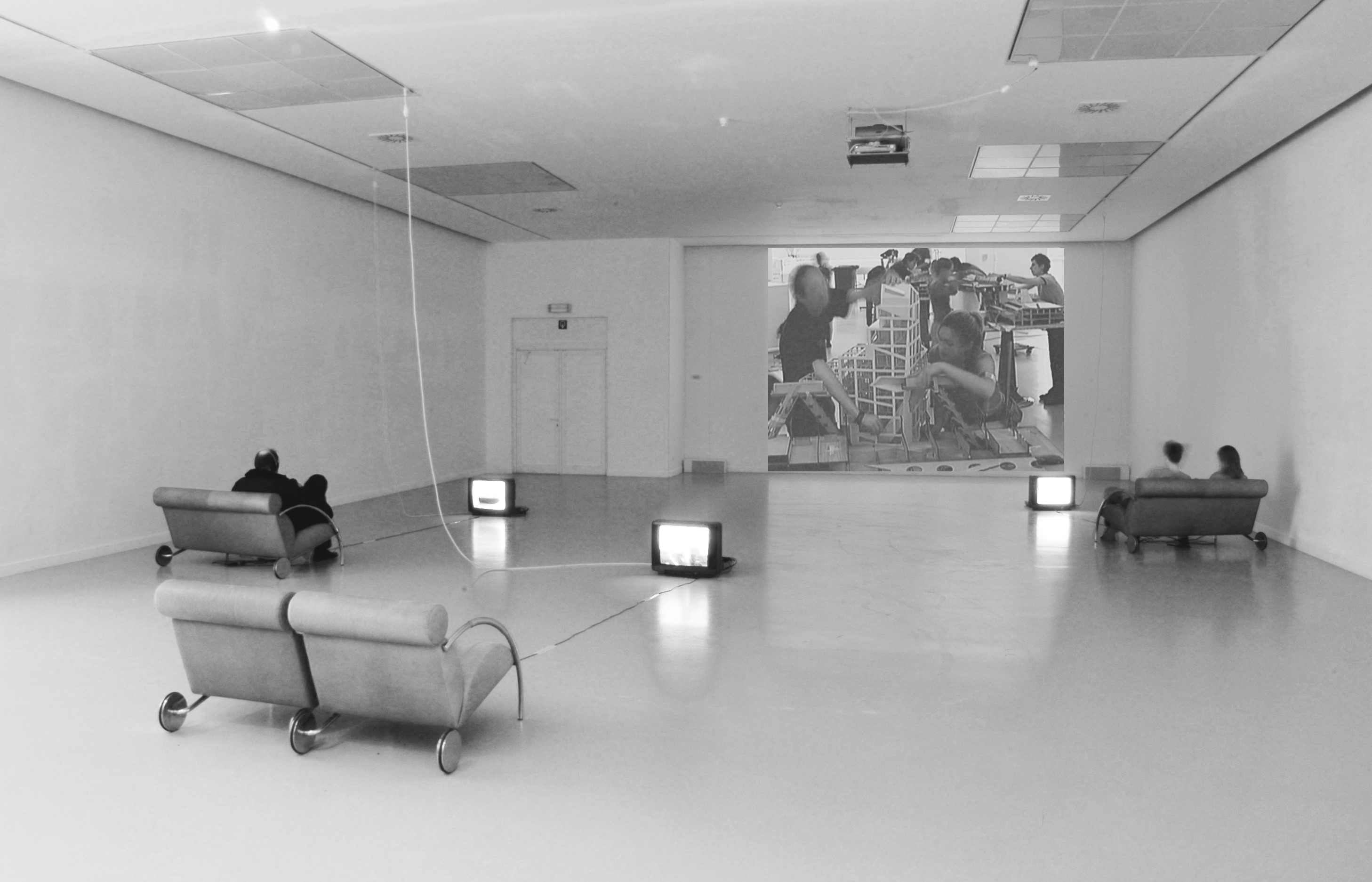 Around this time, Theys was invited to comment on a policy document written by the staff of M HKA, which declared solo exhibitions to be old fashioned and expressed the wish to become ‘international’. In his concise answer Theys expressed the opinion that solo shows were indispensable to clarify the work of certain artists and that the desire to become international is a provincial desire.

Theys was invited by Bart De Baere to write an essay about a work from the collection as a contribution to the Jubilee catalog. The text was about the work La pluie météorique and the mist sculptures of Ann Veronica Janssens.

For the group show Xanadu! in S.M.A.K. Theys borrows paintings by Walter Swennen from M HKA, pleading for more collaboration between the Belgian museums for contemporary art.

Theys was invited by Bart De Baere to make a contribution about Panamarenko to the catalogue Beelddenken. Vijf eeuwen beeld in Antwerpen [Thinking in images. Five centuries of sculptures in Antwerp]. The text All About Cabinets was reprinted in the book Panamarenko Laboratorium (Royal Academy of Fine Arts Antwerp, 2014).

Theys was invited by Bart De Baere to contribute to five issues of M HKAzine (# 7 to # 11, April 2011 to April 2012), each time writing about four works from the collection and one work by an artist not represented in the collection. Theys introduced the artists Rein Dufait, Tamara Van San, Kasper Bosmans, Max Pinckers and Koen Deprez. These contributions culminated in the book Focus. Een blik op 100 kunstenaars published by Snoeck Publishers in 2012.

Theys was invited by Bart De Baere to write a text about Bernd Lohaus's work (°1940) on the occasion of an ongoing experimental presentation of his work. The essay was rejected by Lohaus’ daughter, but Theys had it published in (H)art.

Theys acted as curator of the INBOX with Rein Dufait (°1990). Together they gave a lecture about Dufait’s work.

Theys acted as curator of the INBOX with Gauthier Oushoorn (°1986). 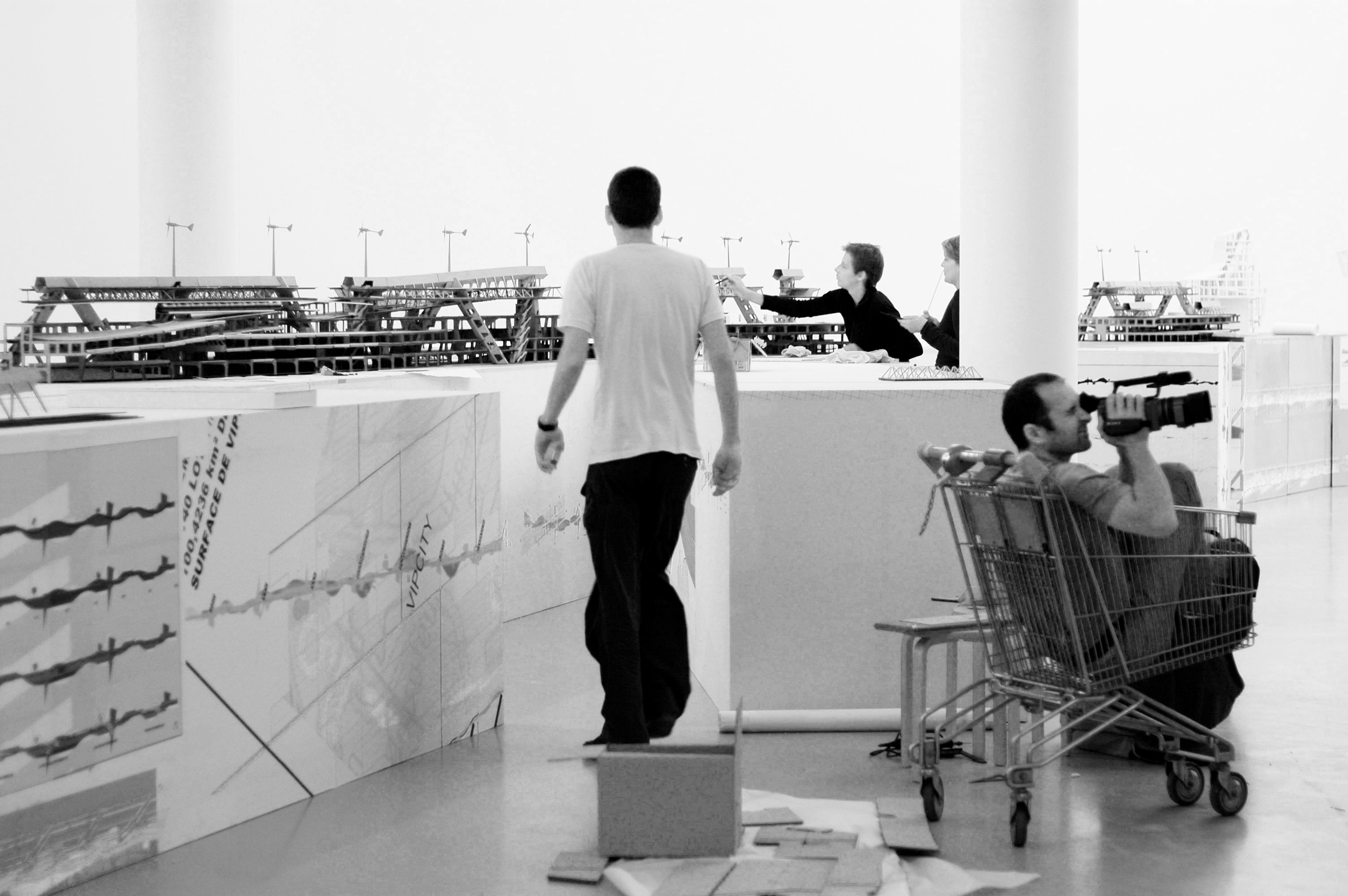 Following an INBOX devoted to the second issue of Superstars Magazine, a magazine about success compiled and published by Flexboj & LA, Theys reads a poem by Vincent Van Meenen, written a few months earlier by Van Meenen and read for an INBOX dedicated to 'Shelf-publishing' by Idris Sevenans.

Theys writes a contribution for a catalog about the oeuvre of Els Dietvorst.

M HKA and CKV, in collaboration with the Academy of Antwerp, are launching a website to open up part of Theys ’archive.